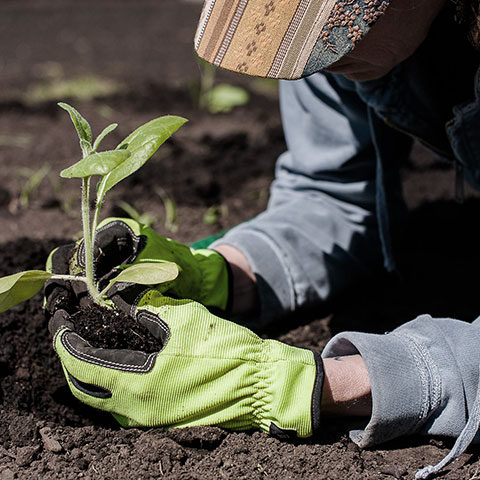 WEI played a leading role in helping Little Earth of United Tribes (LEOUT) create an urban farm as part of their residential housing site in South Minneapolis and continues to support its ongoing development today.

In 2006 WEI brought Will Allen, CEO and founder of Growing Power Inc. to meet with Little Earth Administration and residents. Working all together over a few years’ time to envision, plan and lay out the farm using Growing Power’s methods of creating raised beds with organic soil and compost. Reclaiming and utilizing traditional Indigenous Native American farming knowledge and techniques has always been the farm’s base of production.

The inspiring story of the Little Earth residents’ engagement to the strong community support is told in a 2007 YouTube video called “Birth of an Urban Farm”. WEI continued in a mentoring and training role, securing funding to work with Little Earth youth to build a hoop house (one of the first in Minneapolis) and provided ongoing training with the Women’s Group who are LEOUT’s farmers, including hands-on assistance to set up a compost recycling project and further expand the farm.

WEI continues to provide and germinate the yearly spring seedlings for the LEOUT farm at our Amador Hill greenhouse. We are currently exploring opportunities for a renewed and expanded partnership with LEOUT. Under consideration are options for a broader economic development partnership, including being part of emerging Phillips Neighborhood strategy to develop a large-scale indoor urban farm project that can create good jobs and renewable energy nearby.